Institute of Chartered Secretaries of Bangladesh (ICSB) celebrated the 6th Anniversary of the Enactment of Chartered Secretaries Act, 2010 in a grand manner, in its own premises at Padma Life Tower (7th Floor), 115, Kazi Nazrul Islam Avenue, Bangla Motor, Dhaka on Saturday, June 18th 2016. Md. Monirul Alam FCS, the Vice President & Chairman of the Members’ Welfare & Recreation Sub Committee of the Institute formally inaugurated the Programme and welcomed the Members and Guests.

The Programme included a speech by the President, and reminiscence from the Members, Doa Mahfil, anniversary cake cutting and concluded with Iftar followed by dinner. 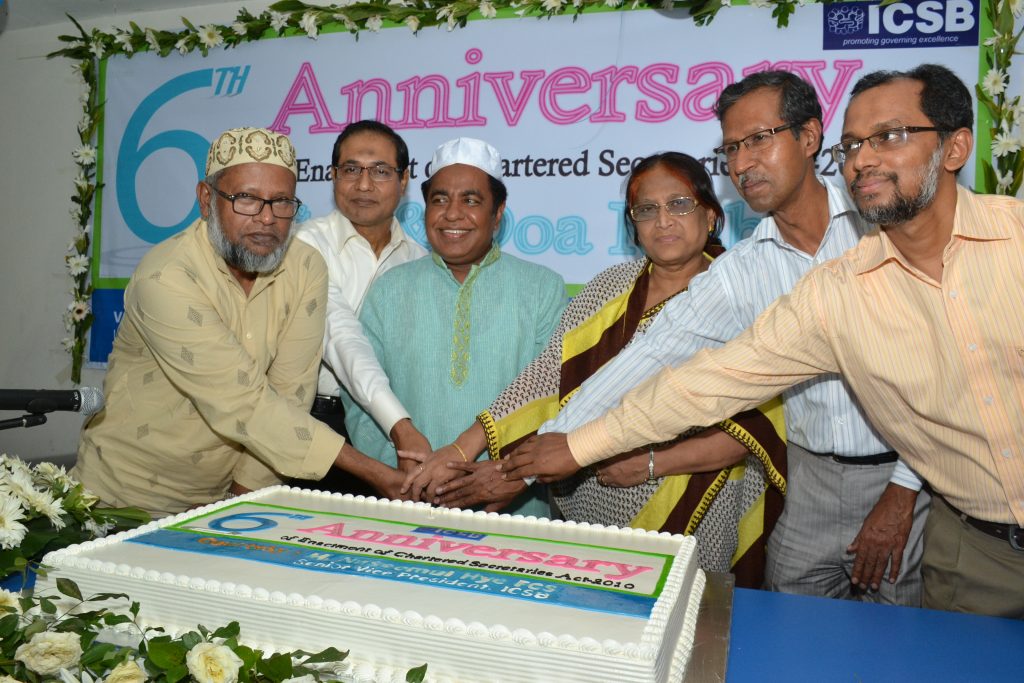 The President Mr. Mohammad Asad Ullah FCS, in his speech outlined the various initiatives taken by the Institute during the years passed by. He also recalled, the timeless efforts and hardships that the Founding Members went through, with profound gratitude. The president urged upon to all the Members to come forward and be more cooperative and responsive in establishing the Institute as an icon for professional skill development in the corporate sector of Bangladesh.

A good number of Fellow and Associate Members were present on the Occasion.