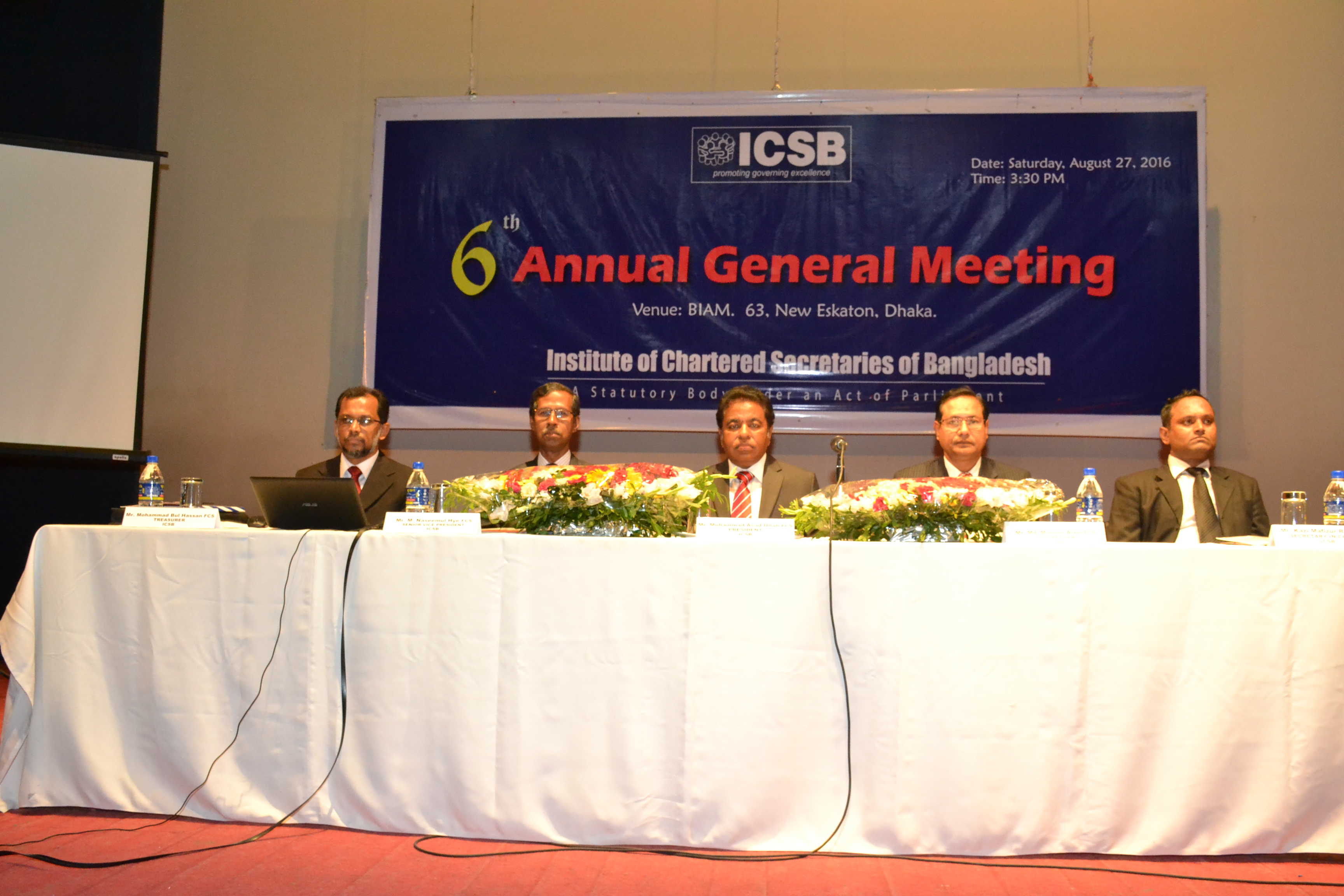 The 6th Annual General Meeting and the 3rd Election to the Council of Institute of Chartered Secretaries of Bangladesh (ICSB) was held on Saturday, August 27, 2016 at BIAM Auditorium, Dhaka.

In his speech, the President also showed his gratitude towards the Honorable Ministers of Finance and Commerce of the present Government for their benevolence towards ICSB. He also thanked the current senior Secretaries of the respective Ministries for their valuable support and directions for ICSB.  Finally, he expected active participation of all Members in the development and progress of the Institute. 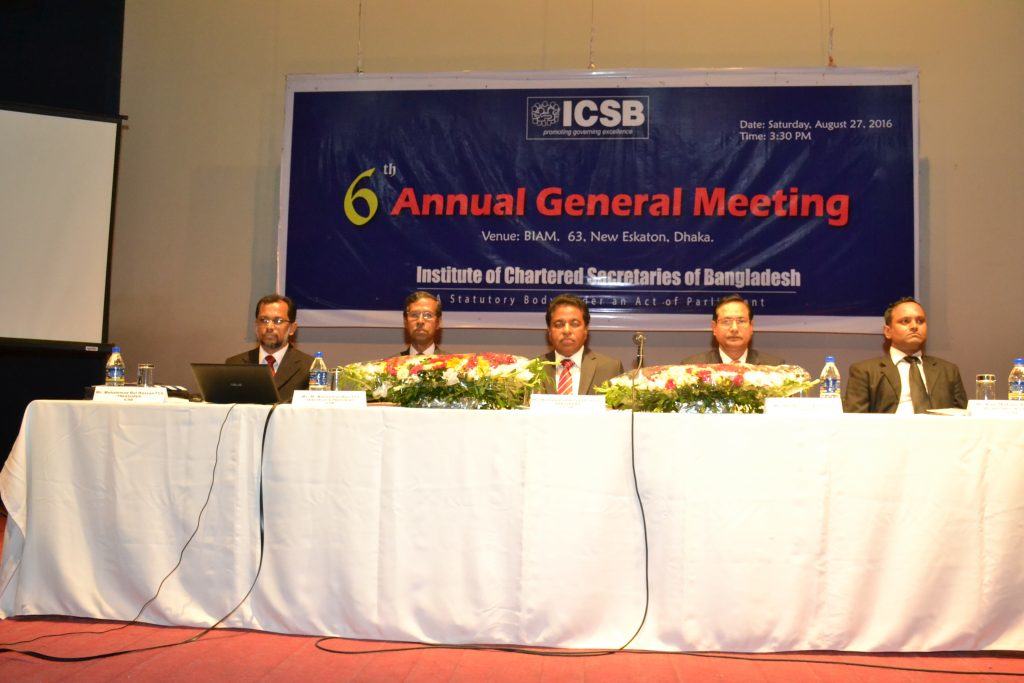 After completing the AGM, the 3rd Election to the Council of ICSB was held wherein 282 Members out of 361 Voter Members cast their valuable votes to elect 13 Council Members, from the 25 Candidates, for the next Council. In the election, the following 13 Members were elected as the Councilors of ICSB for the period of 2016-2019: