ICSB observed Amar Ekushey February and International Mother Language Day with due solemnity and significance at the Conference Hall of the Institute. On this occasion Members’ Welfare and Recreation Sub Committee of ICSB organized a programme on behalf of the Institute on Wednesday, February 21, 2018 which includes hand writing competition, art competition and poetry recitation. A good number of ICSB Members, their spouses and children participated in the programme with patriotic zeal and enthusiasm. The programme began with the recitation from the Holy Quran and playing of the national anthem.

Mohammad Sanaullah FCS, President of ICSB inaugurated the program. While speaking on the occasion, he emphasized that the main purpose of celebrating this day is to promote the awareness of language and cultural diversity. He also said that learning to speak in the mother tongue is very important for a child’s overall development. Being fluent in the mother tongue benefits the child in many ways. It connects him to his own culture, ensures better cognitive development, and aids in the learning of other languages. 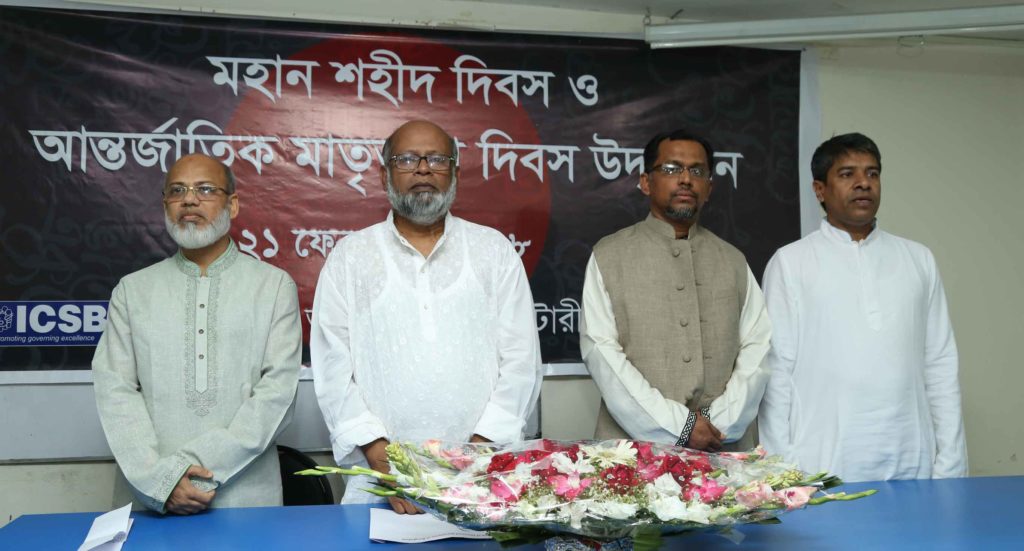