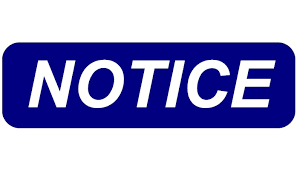 Institute of Chartered Secretaries of Bangladesh (ICSB) has elected Mr. Muzaffar Ahmed FCMA, FCS as its new President in the Council Meeting held on October 5, 2019.

Mr. Ahmed is the Founding President and a Fellow Member of ICSB and served previously as President of the Institute for the term 1997-2004. He is a known personality in the Accounting, Banking and Financial Sector of Bangladesh. Starting his career as university teacher, he served many national and international organizations in various capacities. He is also the Founder of the first ever multinational credit rating agency in the country CRISL, and he is now the President and CEO of the company. Mr. Ahmed was honored by the Financial Mirror Award in 2004 and also in 2010 for his outstanding contribution to the financial service sector development of Bangladesh.

The Council has also appointed Mr. Salim Ahmed FCS, as the Treasurer of the Institute. Prior to this new assignment, he was the Council Member of ICSB for the term 2016-2019. He has been serving as Company Secretary, Eastern Housing Limited.