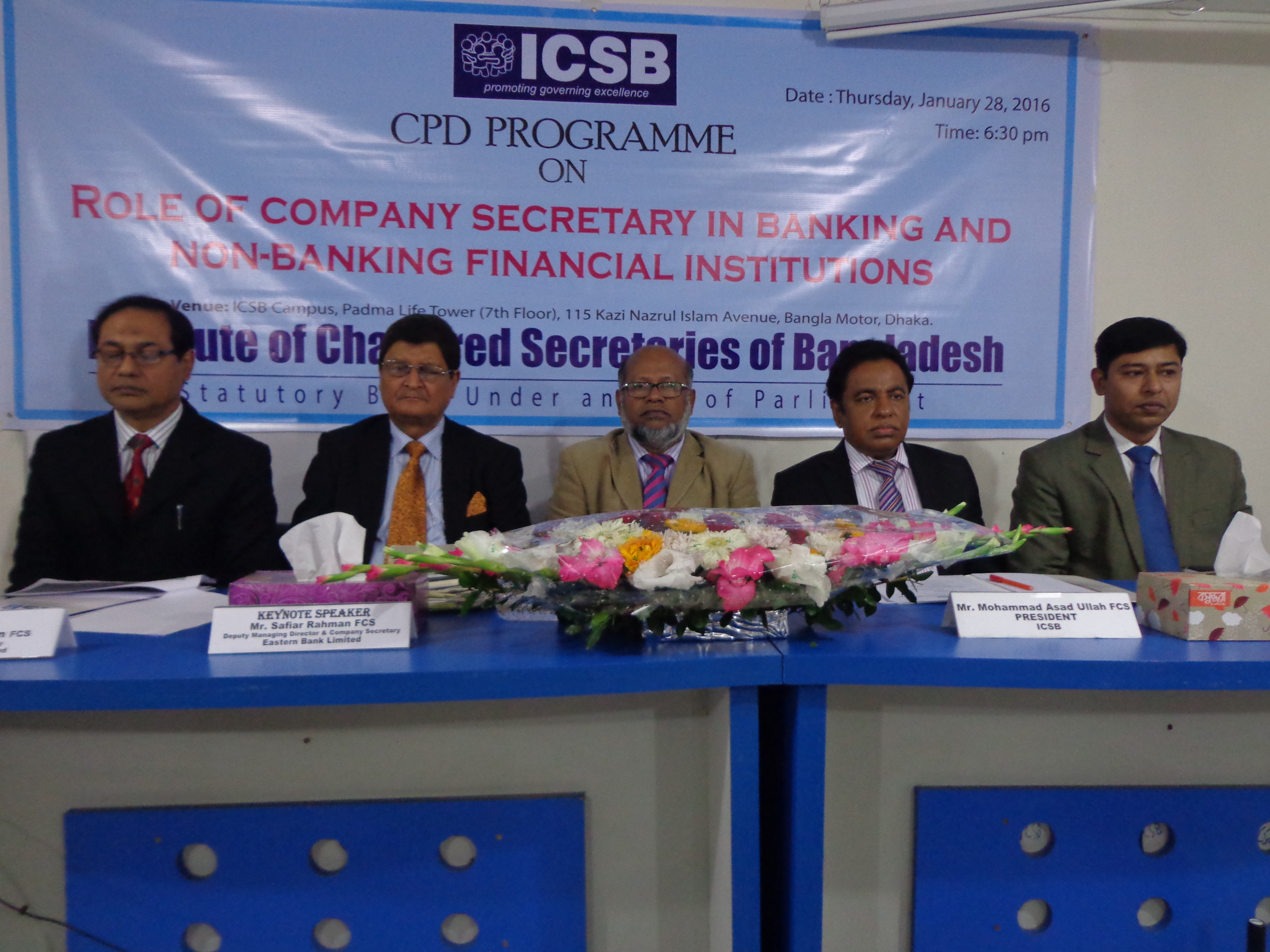 Mr. Safiar Rahman in his presentation highlighted on the role & responsibilities of Company Secretaries in Banking and Non-Banking Financial Institutions of Bangladesh. He mentioned about different crucial roles played by a Company Secretary in respect of Strategic Management, Administrative Control, Advisory Role, Core Coordination and Compliance Maintenance.

Thereafter qualitative and fruitful discussions were held during a question-answer session between the participating Members of the Institute and the Keynote Presenter.

Mohammad Sanaullah FCS as Session Chairman moderated and summed up the whole session.

The Programme was attended by a large number of members of the Institute who are working in different listed companies of the country. 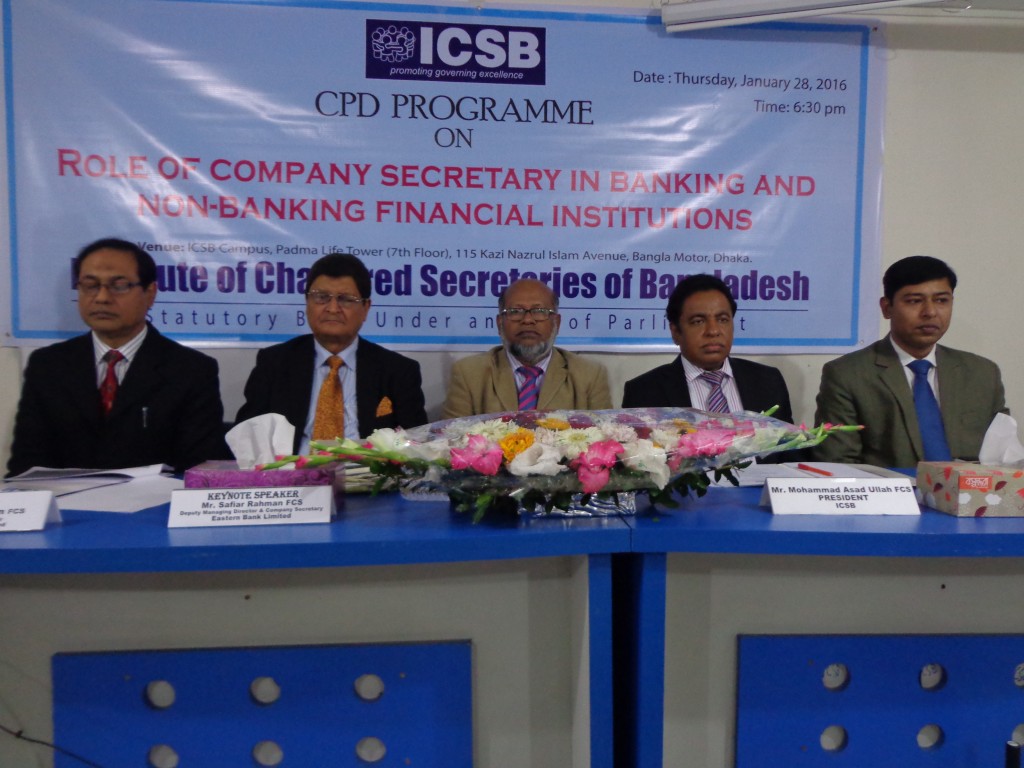